ADHD refers to a chronic biobehavioral disorder that initially manifests in childhood and is characterized by hyperactivity, impulsivity, and/or inattention. Not all of those affected by ADHD manifest all three behavioral categories. These symptoms can lead to difficulty in academic, emotional, and social functioning. The diagnosis is established by satisfying specific criteria and may be associated with other neurological, significant behavioral, and/or developmental/learning disabilities. Therapy may consider the use of medication, behavioral therapy, and adjustments in day-to-day lifestyle activities.
Studies in the United States indicates approximately 8%-10% of children satisfy diagnostic criteria for ADHD. ADHD is, therefore, one of the most common disorders of childhood. ADHD occurs two to four times more commonly in boys than girls (male to female ratio 4:1 for the predominantly hyperactive type vs. 2:1 for the predominantly inattentive type). Three subtypes of ADHD are described: (1) predominantly inattentive, (2) predominantly hyperactive and impulsive, and (3) combined. While previously believed to be “outgrown” by adulthood, current opinion indicates that many children will continue throughout life with symptoms that may affect both occupational and social functioning. Some medical researchers note that approximately 40%-50% of ADHD-hyperactive children will have (typically non-hyperactive) symptoms persist into adulthood.

What is the cause of ADHD?

The cause of ADHD has not been fully defined. One theory springs from observations in functional brain imagining studies between those with and without symptoms. Similar variations have been shown in studies of the structure of the brain of affected and non-affected individuals. Animal studies have demonstrated differences in the chemistry of brain transmitters involved with judgment, impulse control, alertness, planning, and mental flexibility.
A genetic predisposition has been demonstrated in (identical) twin and sibling studies. If one identical twin is diagnosed with ADHD, there is at 92% probability of diagnosis with the twin sibling. When comparing nonidentical twin sibling subjects, the probability falls to 33%. (Overall population incidence is 8%-10% in the U.S., as described above.)

What are ADHD symptoms?

The diagnostic criteria for ADHD are outlined in the Diagnostic and Statistical Manual of Mental Health, 4th ed. (DSM-IV). All of the symptoms of inattention, hyperactivity, and impulsivity must have persisted for at least six months to a degree that is maladaptive and inconsistent with the developmental level of the child.
Inattention:

DSM-IV criteria for diagnosis of ADHD requires that some hyperactive, impulsive, or inattention symptoms that cause present difficulties were present before 7 years of age and are present in two or more settings (at school [or work] or at home). Similarly, there must be clear evidence of significant impairment in social, academic, or occupational functioning. In addition, symptoms may not entirely be caused by another severe physical disorder (for example, severe illness associated with chronic pain) or mental disorder (for example, schizophrenia, other psychotic disorders, severe disabling mood disorders, etc.).
Inattention symptoms are most likely to manifest about at 8 to 9 years of age and commonly are lifelong. The “delay” in onset of inattentive symptoms may reflect its more subtle nature (vs. hyperactivity) and/or variability in the maturation of cognitive development. Hyperactivity symptoms are usually obvious by 5 years of age and peak in severity between 7 to 8 years of age. With maturation, these behaviors progressively decline and often have been “outgrown” by adolescence. Impulsive behaviors are commonly linked to hyperactivity and also peak about 7 to 8 years of age; however, unlike their hyperactive counterpart, impulsivity issues remain well into adulthood. Impulsive adolescents are more likely to experiment with high-risk behaviors (drugs, sexual, driving, etc.). Impulsive adults have a higher rate of financial mismanagement (impulse buying, gambling, etc.)
Back to the Therapy Research Page 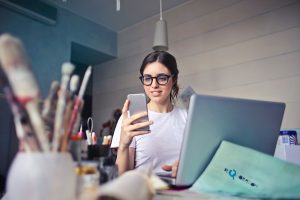